Stellar is a multi-currency payment backend that tens of thousands of people use every day. It’s decentralized, open-source, and developer-friendly, so anyone can issue assets, settle payments, and trade.

Stellar is a blockchain, but it works more like cash—Stellar is much faster and cheaper than bitcoin, for example. And it uses far less electricity.

Fundamentally, Stellar is a system for tracking ownership. It uses an accounting ledger, shared across a network of independent computers, to store two important things for every account holder: what they own (their account balances) and what they want to do with what they own (operations on those balances, like buy or sell offers1.)

The Stellar ledger is more robust than other blockchains'. Bitcoin, for example, stores only balances. Adding operations to the ledger means that when users' offers overlap (say, a buy and a sell) the trade can execute automatically.

The computers that run Stellar and publish the ledger are called nodes. They systematically validate the ledger’s contents so it’s always consistent across the network. For example, when you send someone a dollar on a Stellar-built app, the nodes check that the correct balances were debited and credited, and each node makes sure every other node sees and agrees to the transaction. 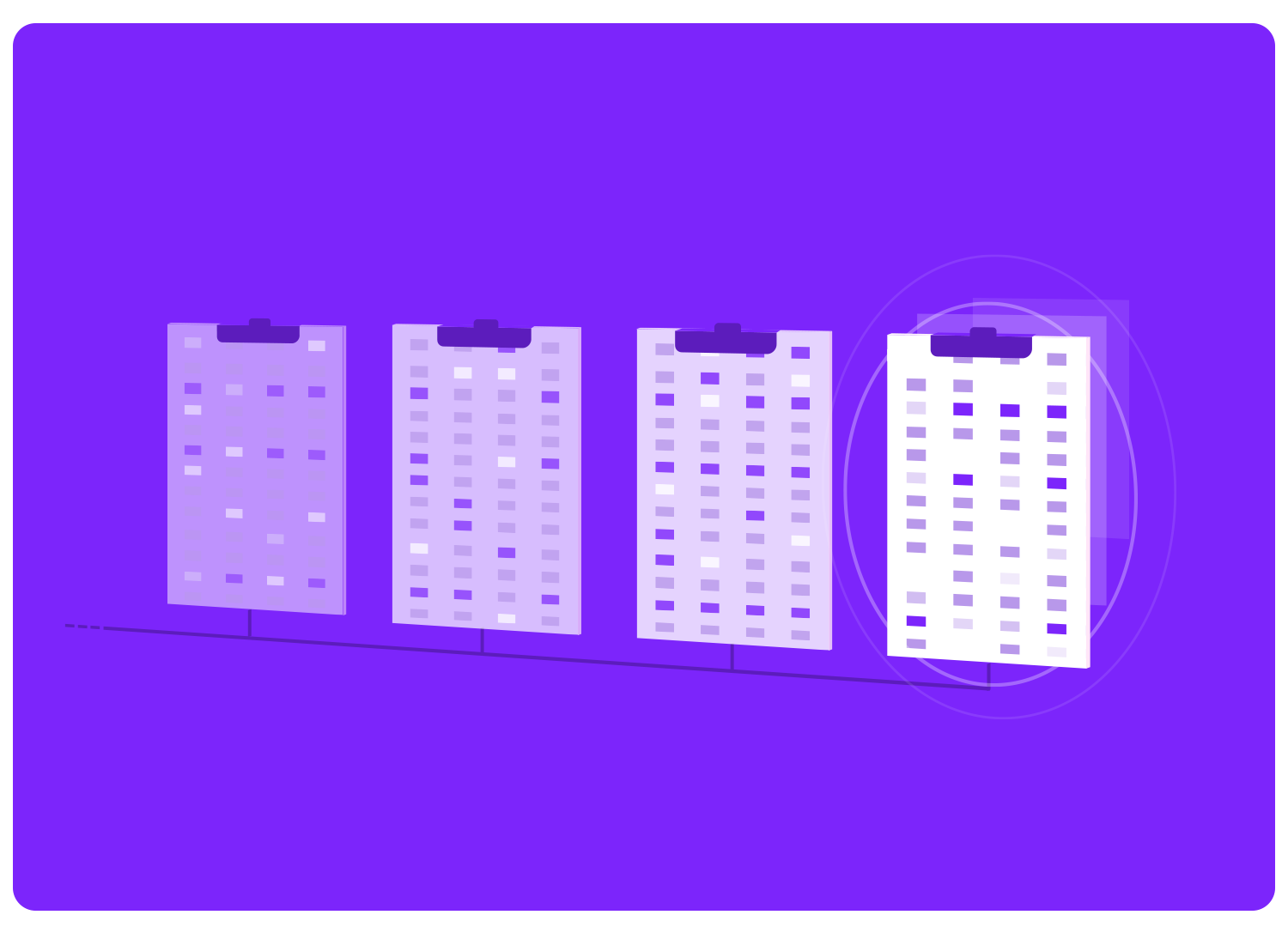 The nodes agree using a unique algorithm, called the Stellar Consensus Protocol.There are many ways to get agreement across a distributed network—Bitcoin's mining method was the first and is still the most famous. But, like many first drafts, it has several flaws. SCP strives to correct them. It's configurable, fast, and highly energy efficient.The protocol was first proposed by Prof. Mazières. You can read his paper here.

No one controls the Stellar network; by design, it stays in sync of its own accord2. The current Stellar network is hosted by hundreds of independent computers across the globe. This is different than how accounting works at a bank, say, where a single corporation unilaterally decides what happens.

Stellar has been running for four years and has handled over 450 million operations by over 4 million individual accounts.

Why is Stellar better than what exists?

The modern money system has evolved over hundreds of years and has picked up a lot of baggage along the way. Rent-seeking middlemen. Cumbersome currency controls. Outdated record keeping. Opaque rules. Siloed transactions.

For example, nearly every international wire is handled by something called the correspondent banking system. Very few banks can interact directly, so your money has to pass from bank to bank like a rumor until it finds a way to its final destination. In many places, the stepwise transfers still take place by hand. In all cases, it’s slow and expensive. 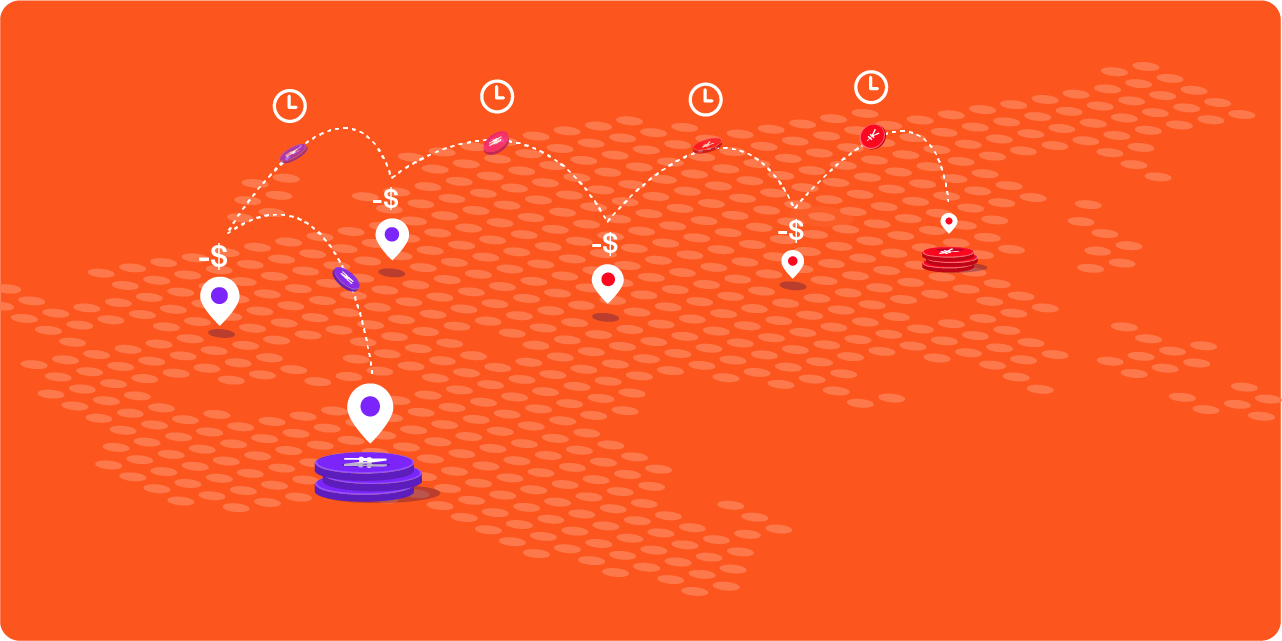 Stellar was designed from scratch to solve problems like this.

Apps built on Stellar give users access to a borderless, frictionless marketplace; many of Stellar’s advantages can be understood in a single example currency transfer.

Putting it all together

Let’s imagine that Laura, in Mexico, wants to send 500 pesos to Victor, in Brazil. She wants him to receive the money as US dollars.

From the users’ perspective:

Laura creates a 500 MEX payment in her wallet app. She enters Victor’s payment address, specifies that he should receive dollars, and hits send. Five seconds later, he has 26.06 dollars in his wallet. The transaction cost Laura $0.000001.

Victor has immediate access to his digital dollars. He can hold onto them, trade them, send them to someone else, or convert them into Brazilian reals if he wants to spend them locally. The entire experience for both users happens within the wallet, as if it were a typical personal banking app.

From the app’s perspective:

Once Laura indicates her desire to send 500 pesos as dollars to Victor, her wallet app looks3 to Stellar’s built-in exchange, to the order books for Mexican pesos. Stellar finds the best offer, or sequence of offers, for turning Laura’s money into dollars.

Stellar apps use the Horizon API to interact with the network. There are many high-quality SDKsfor quickly building on Horizon.

Most often a currency conversion happens directly: Stellar finds someone else looking to go the other way, USD into MEX, and the trade is executed automatically.

were available, Stellar would prefer this to a direct MEX USD trade yielding 26.06 USD. Pathfinding happens seamlessly, and, no matter the path, the trade closes in five seconds.

For Victor, having USD might be a way to protect himself against fluctuations in the Brazilian real. Or to make his own cross-border payments. Because Stellar is a supranational network, he is able to own the dollars without being a U.S. citizen.

When he decides to withdraw his dollars into reals, his app will use Stellar’s pathfinding to convert the USD to BRL. Victor can then move the money into his Brazilian bank account from within the app—Stellar’s backend supports network-to-bank transfers.